Upcoming and past
Darnal award events 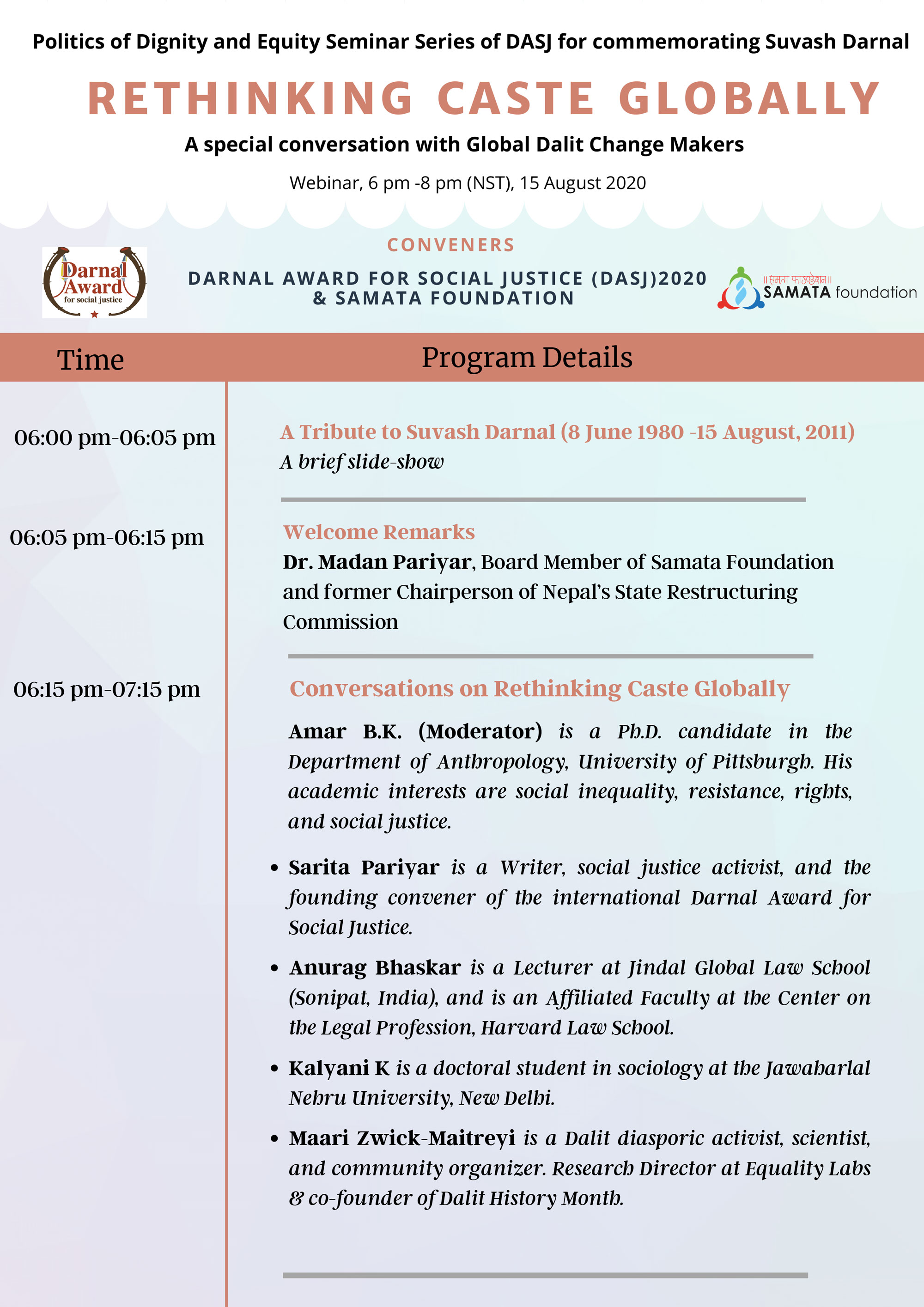 Amidst a historic pandemic and increasing inequities and indignities facing over 240 million Dalits worldwide, the conversation aims to interrogate, rethink, and broaden debates on Caste from a global perspective.

Part of the conversation will focus on parallels between caste-based and race-based marginalization, as outlined in a recent New York Times article by Pulitzer Prize winner Isabel Wilkerson. 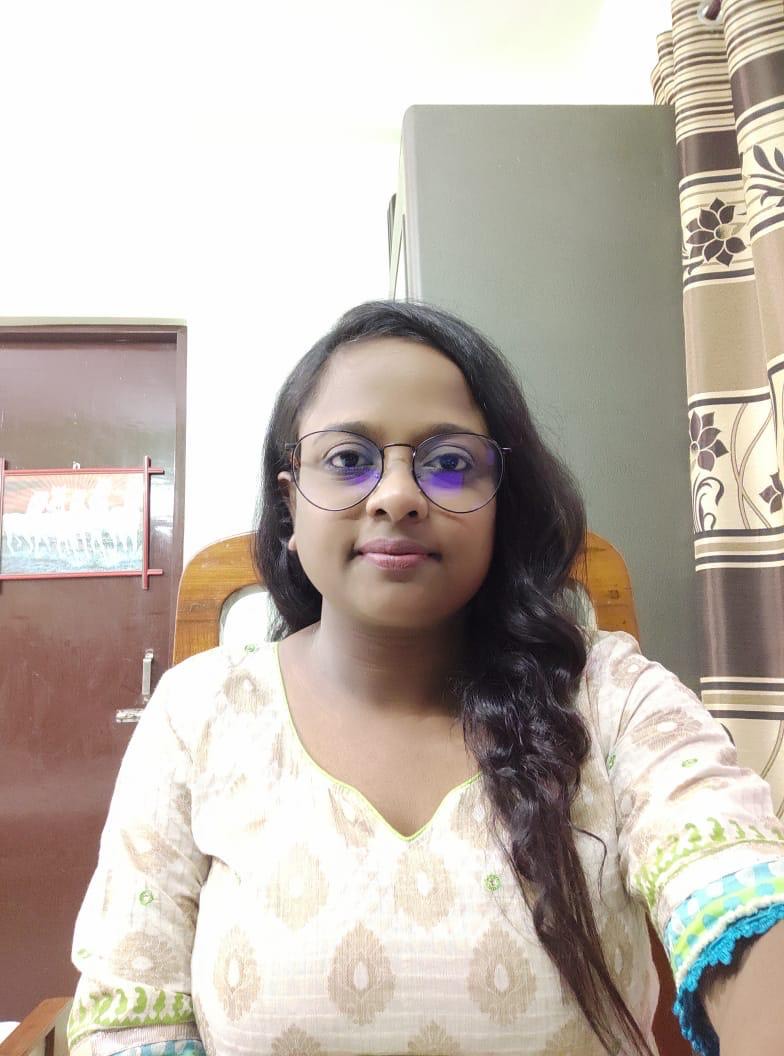 Kalyani K
Kalyani K is a doctoral student in sociology at the Jawaharlal Nehru University, New Delhi. Her areas of specialization include alit studies, gender studies, and popular culture. Her doctoral thesis investigates caste-based gender violence in India’s largest state, Uttar Pradesh, and ethnographically explores various forms and practices of resistance in popular culture. Along with her academic writings, she is a regular contributor to several popular websites like ThePrint, Newsclick.in, Velivada, Feminism in India and Round-Table India. Kalyani has also participated in several anti-caste conferences in India and abroad. 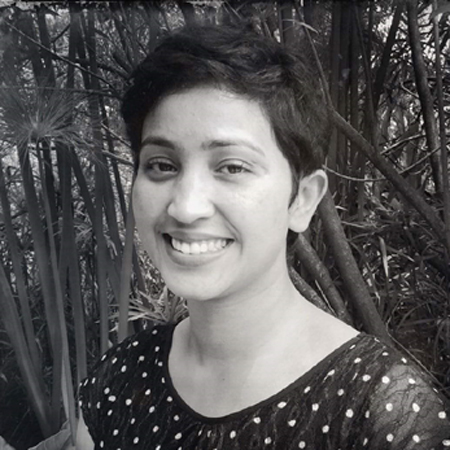 Sarita Pariyar
Sarita Pariyar is a writer, social justice activist, and the founding convener of the Darnal Award for Social Justice. She writes and delivers lectures on caste questions and social justice issues in and outside of Nepal. Sarita serves as a board member of Samata Foundation, Madhesh Foundation, and the Accountability Lab. She holds a master’s degree in Sociology and a Bachelor’s degree in journalism and English literature from Tribhuvan University. Currently, she is pursuing legal studies at the Nepal Law School, Kathmandu. She was recently selected as a one of the Draper Hills Summer Fellows on Democracy and Development, Stanford University. Born and raised in a Dalit family in Basamadi village, Makwanapur, Sarita is intimately aware of the challenges of being a Dalit woman in Nepal. She is particularly interested in interrogating caste questions in relation to gender, sexuality, and systemic violence. 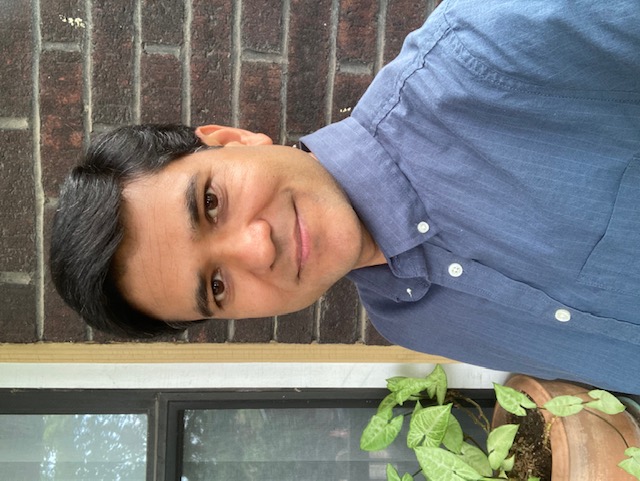 Amar B.K.
Amar B.K. is a Ph.D. candidate in the Department of Anthropology at the University of Pittsburgh, Pittsburgh, USA. He has an M.A. degree in Anthropology from Tribhuvan University, Nepal. Before joining the University of Pittsburgh, he worked in development organizations in Kathmandu. Amar’s academic interests are social inequality, resistance, rights, and social justice. His current research focuses on a charismatic healing movement in Pokhara, Nepal, and through this research he is exploring how the participants of the movement, especially women, achieve their voice, equality, self-respect, and dignity. Amar occasionally writes for Nepali newspapers on Dalit issues. His has published an occasional paper entitled, The Stigma of the Name: Making and Remaking of Dalit Identity in Nepal (2013). 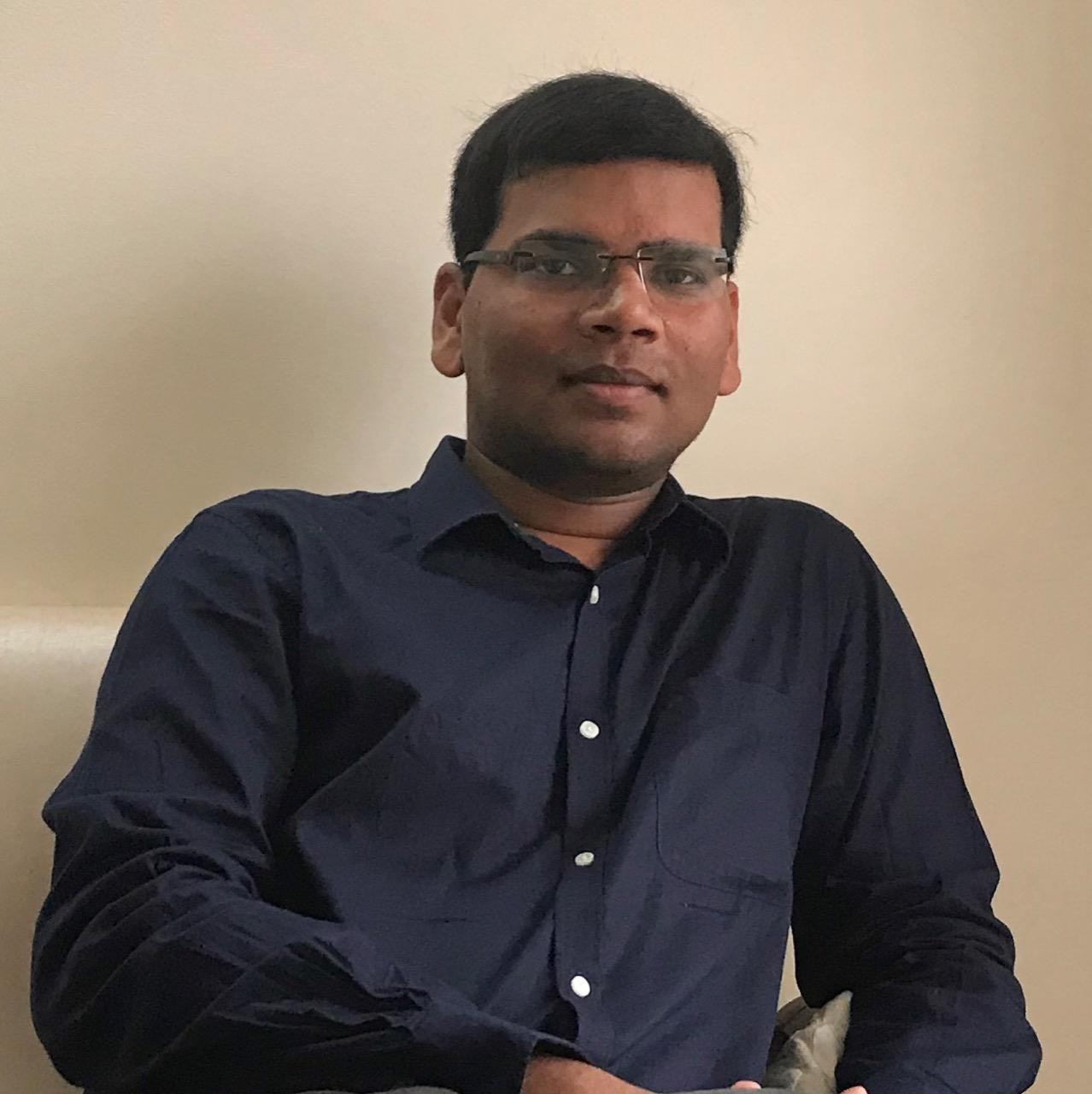 Anurag Bhaskar
Anurag Bhaskar is a Lecturer at Jindal Global Law School (Sonipat, India), and is an Affiliated Faculty at the Center on the Legal Profession, Harvard Law School.  Anurag holds an LLM (2018-19) from Harvard Law School, and B.A. LL.B. (2012-17) degree from Dr. Ram Manohar Lohiya National Law University (Lucknow, India). His areas of interests cover constitutional law and theory, political science, legal profession and education, ethics, social justice, diversity, intersectionality, human rights, among others. Before pursuing his LLM, Anurag clerked for an year (July 2017-18) with Dr. Justice DY Chandrachud (Judge, Supreme Court of India), where he worked on a number of landmark constitutional law cases. He interned with five judges of Allahabad High Court (Uttar Pradesh, India) during his undergraduate legal education. He has also assisted statutory commissions, government departments and non-governmental organisations in Uttar Pradesh in a couple of research projects.

Anurag has several publications to his credit in India’s leading academic journal, Economic & Political Weekly, and has contributed chapters to a number of edited books. His columns on different themes are regularly published in The Print, Live Law, The Wire, Hindustan Times, etc. He also serves as a Contributing Editor at Live Law — India’s leading legal news web-portal. Anurag taught a course on law and social movements at National Law University, Delhi in Fall 2019, and has been an invited speaker at Harvard Kennedy School, IIT Gandhinagar, and other platforms. 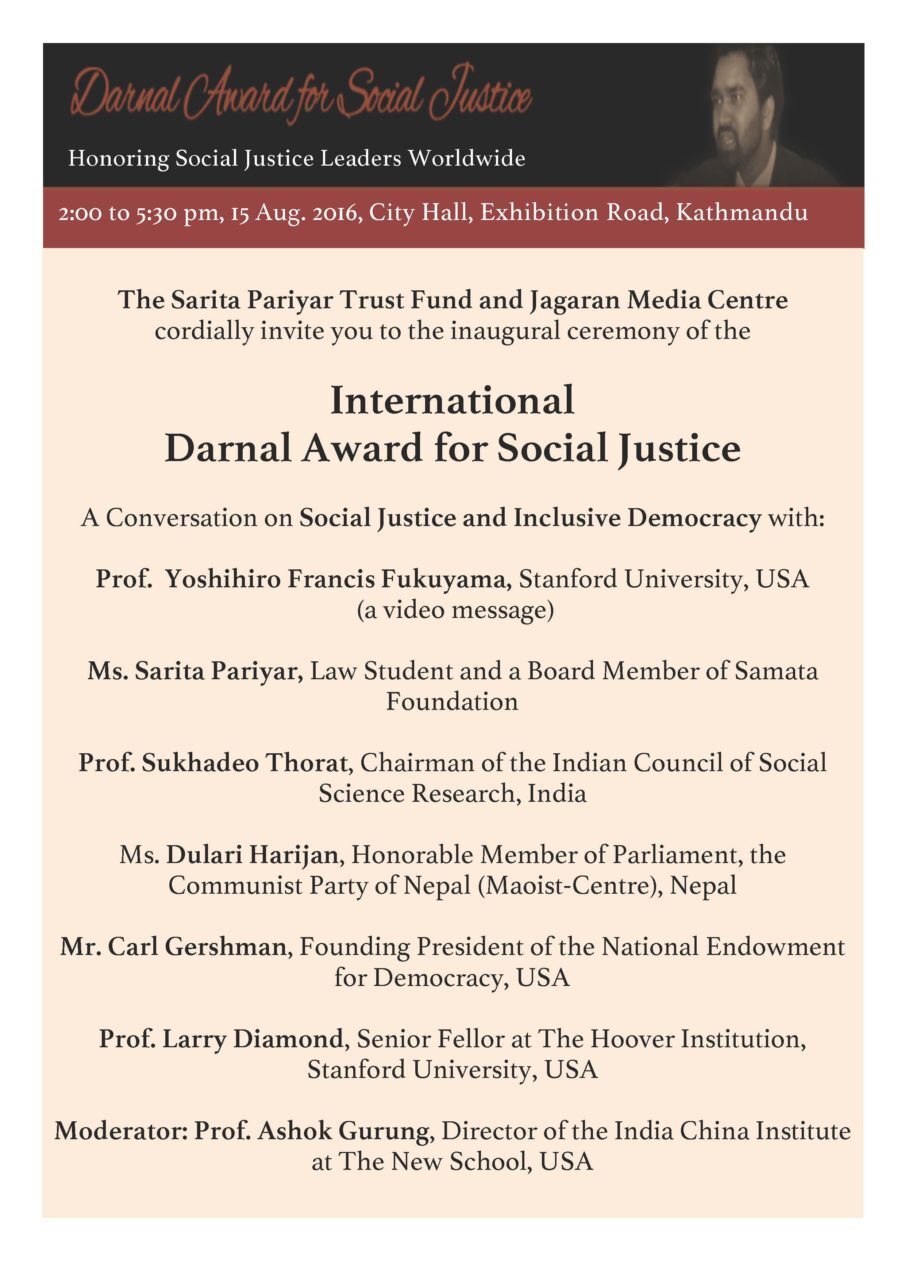 August 15, 2016
Registration closed
More past events to be uploaded